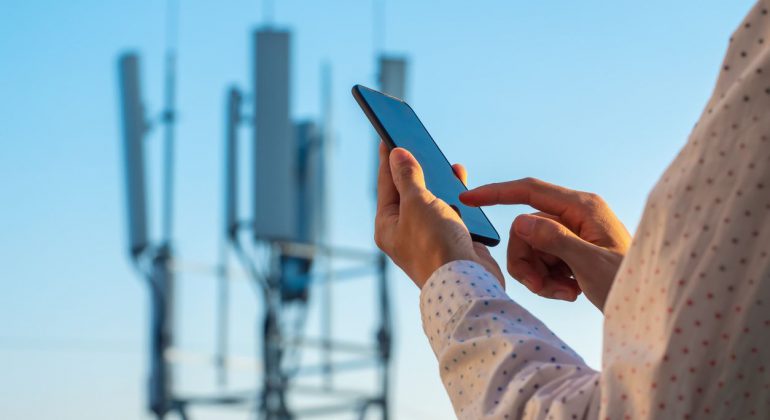 With the development of next-generation networks, your present gadget may have limitations depending on its model. Before buying a phone, you need to know whether your phone is CDMA or GSM, as it can save you from the hassle you make get in the future.

Here at Talk Home Mobile’s blog on the critical difference between CDMA and GSM phones, we will highlight the significant difference between these two types of cell phones. Furthermore, we will also discuss why GSM cell phones are an ideal suit for those who are looking out for the cheapest ways to make international calls. Here’s all you need to know about CDMA vs GSM, including how the two differ and what to expect in the future.

GSM stands for Global System for Mobile Communications. It’s a form of mobile communication technology that allows several data signals and voices to be transmitted in different time slots over a single communication channel. For transmission, GSM employs FDMA and TDMA technology.

The Europeans first introduced this digital cellular technology for speech and data signal transmission. The SIM (Subscribers Identity Module) card serves as the main component. Each device in the network has its own SIM card. It means that different GSM technology subscribers can be distinguished by their SIM. Any user can switch between other SIM cards at any time. As a result, they provide additional flexibility.

In GSM, a tower in any network area serves as a command centre for all mobile devices within a certain radius. This network keeps track of all the devices that use specific SIM card numbers. Signals are transmitted in different time slots using the GSM technology. As a result, the entire channel remains open for signal transmission. Once you’ve made a call to a given number, you won’t be able to make another call to that number. This is because the current signal broadcast has filled the period.

Every GSM subscriber has their SIM card, an authentication key, a unique algorithm, and unique identity. As a result, billing and network access are tied to the card rather than the device.

The acronym CDMA stands for Code Division Multiple Access. Qualcomm pioneered it and was initially dubbed IS-95. The CDMA technology allows for full bandwidth utilisation. Every signal is given a unique code before being transmitted over the entire bandwidth of the channel. As a result, different codes distinguish the various CDMA signals that pass over the track.

Each signal is given its spreading code in the CDMA technology. It aids in the differentiation of distinct movements in a channel. The motion is subsequently detected at the receiver’s end using a set of orthogonal codes. A CDMA station’s base station has several different codes. As a result, when it gets many signals from other base stations, it uses the spreading codes to distinguish between them (these are orthogonal). It eliminates all potential interference by using orthogonal coding. It means that all CDMA users in the network use the same frequency but have different codes.

The Technology Behind CDMA and GSM Phones

The first was GSM. It’s a system of “time division.” The calls alternate. Your speech is converted into digital data and assigned a channel and time slot, so three calls on one track might look like this: 123123123123. On the other end, the receiver merely listens to the given time slot and reconstructs the call.

When you put a GSM phone near a speaker, the pulsing of the time-division signal produces the infamous “GSM buzz.” That’s essentially gone anymore because 3G GSM isn’t a time division technology.

CDMA necessitates a little extra computing horsepower. It’s a system of “code division.” Each call’s data is encoded with a unique key before being transmitted all at once; for example, if a channel contains calls 1, 2, and 3, the track will say 66666666. Each receiver has a unique key that allows it to “split” the combined signal into individual calls.

Because code division proved to be a more robust and adaptable technology, “3G GSM” is a CDMA technology known as WCDMA (wideband CDMA) or UMTS (Universal Mobile Telecommunications System) (Universal Mobile Telephone System). As the name implies, WCDMA requires wider channels than prior CDMA systems, but it has more data capacity.

(GSM is merely the official term for 2G technology.) However, because the name is also commonly used to refer to any technology on the “GSM route” certified by the same industry authority, I’ll refer to WCDMA as 3G GSM to avoid confusion with the separate 2G CDMA.)

GSM has progressed quicker than CDMA since its introduction. WCDMA is the third generation of GSM technology. The 3GPP (the GSM governing body) published HSPA extensions, which theoretically boosted GSM network speeds to 42Mbps.

Meanwhile, our CDMA networks were locked at 3.6Mbps. Faster CDMA technologies exist, but US operators choose to forego them in favour of 4G LTE, which is more compatible with international standards.

The Difference between CDMA and GSM Phone – A Comparative Analysis

Why Choose a GSM Phone?

GSM phones have more precise signals when making calls indoors and can use cellular repeaters, enhancing and rebroadcast calls for higher signal strength. They also consume less energy, allowing them to be used for extended periods before needing to be recharged.

Moreover, since GSM phones don’t have any restrictions on roaming, they are a perfect suit for travellers. The technology also supports new services and has an improved spectrum efficiency. Another key feature that makes GSM phones more convenient is the low-cost mobile sets and base stations.

Get your hands on a GSM phone and use the Talk Home Mobile Sim card to enjoy cheap minutes at the lowest rates across the UK. Starting at just 1p-c per minute, Talk Home Mobile offers blazing fast internet, minutes and messages.

Buy one of the popular plans by Talk Home Mobile and connect with your loved one in over 240+ destinations, along with roaming coverage when you are out home. Choose an international plan and pay less for your calls abroad – only with Talk Home Mobile.

Carriers are beginning to phase out their outdated 2G, and 3G networks as 5G networks go out. GSM and CDMA technologies will become even less relevant as a result. In fact, during the last few years, most major US cellular carriers have been shutting down their 3G networks.

Verizon has announced that its CDMA 3G network will be decommissioned by December 31, 2022. 1 This affects 3G phones and maybe some 4G phones. If you have an older phone still connected to a 3G network, you should contact your carrier to determine when these networks will be shut down and how it will affect you.

Will GSM phones work on CDMA networks and vice versa?

The simple answer to this question is: No. Even if it’s an unlocked phone, an older smartphone with solely GSM technology would never work on CDMA networks like Verizon. If you have a CDMA-only telephone, it will not work on GSM networks like AT&T or T-Mobile.

A locked phone can be unlocked and used on various networks, but only those that support the phone’s technology. However, as previously stated, a newer phone, such as a Galaxy S20 (or even an iPhone 6s), may typically be compatible with all three technologies if it is unlocked.

How to check what kind of phone you have

There are numerous ways to check if you have a CDMA or GSM phone. This method includes:

It would be wonderful if a description of its technologies accompanied your phone’s model number. Unfortunately, it is not that simple. However, you can determine whether your phone is GSM or CDMA by looking through the settings.

How to use settings to determine whether your phone is GSM or CDMA:

It’s CDMA if your phone has a MEID or ESN number. It’s GSM if you see an IMEI number. If you see both, your gadget (lucky you!) supports both technologies.

On both iPhone and Android smartphones, the same About settings can be used to obtain your model number. Your phone’s model number is usually printed on the rear.

Once you have your model number, a quick Google search will reveal if your phone is GSM or CDMA. When I looked up my iPhone 6 model, this is what I found.

On both iPhone and Android smartphones, the same About settings can be used to obtain your model number. Your phone’s model number is usually printed on the rear.

Once you have your model number, a quick Google search will reveal if your phone is GSM or CDMA. When I looked up my iPhone 6 model, this is what I found.

It used to be that determining what kind of phone you had was as simple as looking for a SIM card slot. SIM card slots were available on GSM phones but not on CDMA phones.

Since the broad deployment of 4G LTE technology, most phones, including CDMA devices, use SIM cards. So, while this method isn’t as effective anymore if your phone doesn’t have a SIM card port (either on the side or under the battery), it’s probably a CDMA smartphone.