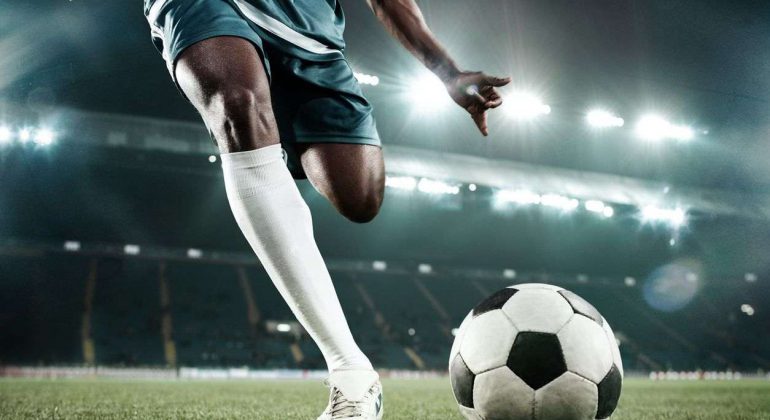 AFCON 2021 is here. The craze and the screams in the stadium for football are live. Fans all across Africa are having the moment of their life as they engross in their favourite sports and are getting a chance to view their favourite players live. Their love for football is alive once again, with the top teams of Africa are once again fighting to become the champions of Africa.

New websites like ‘Africa is a Country’ is all set to cover the tournament more intensively this time, and they have created a brand new page Football is the country to shed light on every single moment of the game.

Most teams have replenished their energies given the opportunity given by the ongoing pandemic. This year’s African Cup on Nations is all set to provide the fans with one of the best sports entertainment ones can find in international football.

To begin with, we will first look into a very brief and selective history of the tournament along with one of the finest moments of history vis-à-vis the African Cup of Nations.

Brief History of AFCON – and Its Historic Significance

The history of the African Cup of Nations or AFCON dated to June 1956, when the third FIFA congress in Lisbon proposed the creation of the confederation of African Football. Immediately after this announcement, the first Cup of Nations was held in Khartoum, Sudan. This watershed event made football the favourite sport of millions of people in the outskirts of this African region. It brought to the limelight the love for this sport in the hearts of indigenous Africans.

Sudan, Ethiopia, South Africa, and Egypt became the first counties to set up the Cup of Nations. Later on, the discriminatory and apartheid policies of South Africa led to its disqualification.

In a groundbreaking event, Egypt won the first-ever AFCON and made history. As the years when by, the teams grew in number, and by 1961, the number of teams participating in the African Cup of Nations grew to nine.

The AFCON 2021 will commence from January 9, with the final taking place on February 6. This delay in AFCON is a direct result of the rapid spread of the Corona Virus Pandemic, which disturbed the whole world and caused millions of lives.

After a long wait, the 2021 AFCON will finally set Cameroon after a year of delay. In this tournament, over 24 teams are slugging in to earn one of the biggest prizes on their continent.

Political History of the African Cup of Nations

The first tournament held in 1957 was established during the decolonisation period and represented the ideals of unity and cooperation. In the first decade, AFCON aspired to a pan-African vision. The historian Peter Alegi termed the first tournament a Vehicle for political ideology.

The new opportunities created by AFCON were embraced and accepted by most newly formed countries. One example where the ideals of unity and acceptance were tested was during the apartheid in South Africa. When South Africa chose to select only white players for its team, the CAF planned it from AFCON, and the team couldn’t play any of the matches until 1994.

Along with the political contributions of AFCON, the tournament is also carrying out important social work; the President of AFCON Yidnekatchew Tessema, in his speech during 1974, said that “football is carrying out an important social function in helping the continent bridge differences”.

Moreover, the autonomy of the organisation has also been maintained. Until 2019, AFCON has resisted European influence and turned out to be an exclusive African event. In addition to this, AFCON has been held between January and February when weather conditions are most suitable. The timings do not coincide with the time frame set by European Football sessions.

In short, the AFCON holds significance in giving voice to the political history of the African region.

Effects of COVID-19 Pandemic on AFCON

The Confederation of African Football officially postponed the African Cup of Nations 2021 due to the widespread Corona Virus pandemic in the African region. The whole tournament was delayed for a year, but sportsman spirit couldn’t stop it from happening this year.

Despite the threats of the upcoming Omicron variant, African football chief Patrice Motsepe said that the African Cup of Nations would go as planned despite the threat posed by the new virus.

Although in an environment of enormous challenges due to the surge of Covid-19, the CAF has given the green light to AFCON. This decision has been applauded by millions of fans of AFCON who have long waited for this pandemic to end and enjoy sports at its best.

But the dangers and safety precautions have been kept in mind while arranging the tournament for 2022. With travel restrictions, players might be forced into a mandatory quarantine period. Moreover, they will also be asked to display vaccination cards and avoid unnecessary gatherings.

Moreover, the CAF has limited the stadium capacities due to the Covid-19 pandemic. Stadiums will have their ability capped at 80% for the host matches while 60% for the rest.

Recently, the Cup of nations has also been moved forward after coronavirus cases were reported in the camp of Egypt. The Pharaohs have won the tournament seven times, and their departure has also affected the viewership of this tournament.

Although the countries appear to be prepared, the ongoing pandemic is severely posing a threat now as the Omicron variant is spreading at an alarming rate.

Interesting Read: 10 Best Football Stadiums in Europe You Should Visit

Let us dive into the countries participating in the African Cup of Nations along with their nicknames.

The lion is the national animal of Cameroon. For this reason, this team got its nickname, the Indomitable Lions.

Wallis Ibex is predominant in the vicinities of Ethiopia. That is how Ethiopia got its nickname Walias.

Cape Verde is associated with water. Moreover, the blue is their national jersey. Therefore, they have been nicknamed Blue Sharks.

They get their nickname from their National flag, which has flames of the rising sun.

Terenga means welcome or generosity. For having characteristics of generosity, Senegal got its nickname.

Coelacanths are the name of fish. The Island got its name from it.

They got their nickname from the indigenous Zulu Warrior in Zimbabwe.

The country’s national animal is the Black Panther, and that is how they got their nickname.

The animal barbary Lion is predominantly found in the North African Country of Morocco. This is how the country got its nickname.

Black Star has a history of being regarded as the national symbol of West Africa.

The Pharoah and Great Egyptian Pyramids have now completely associated with Egypt and its culture. This is how this team got its name.

Nigeria got its nickname from the country’s official football crest. Moreover, the eagle in the name represents strength.

The African wild dog is a species of wild canine found predominantly in the sub-Saharan African region. For being in the Sub-Saharan region, Guinea-Bissau got its nickname this way.

The Nile Crocodiles are predominantly present in the many regions of Sudan.

The Leones Stars is a short form of the country, Sierra Leone.

18. Algeria – Desert Foxes or The Fennecs

The Fennec Fox is the national animal of the country. Moreover, it is a desert country. This is how it got its nickname.

They got their name from the African forest Elephants predominantly found in the region.

They are nicknamed Scorpians due to the abundance of emperor Scorpions in West Africa.

This country got its name from the thunderstorm in the equatorial climate.

Their nickname is from the traditional hunting eagles of the Tuareg tribe of Mali.

They got their name from the Carthaginian empire of Northwest Africa.

They have got their nickname from the ancient Almoravids dynasty in  Morocco during the 11th century.

The country winning the most titles of the AFCON cup in history is Egypt. Egypt has won the AFCON title seven times. Following the number of victories by Egypt, Cameron won the Africa Cup of Nation 5 times. Lastly, Ghana braced the third position by winning the title three times.

For Africa, it is the season of football. Get the latest schedule, scores, standings, and results about your team and keep yourself updated at all times with Talk Home Mobile. Send mobile top-up to Africa and enjoy exclusive discounts.

The football action is still live and over 24 countries are aiming for continental supremacy. Algeria, the reigning champs are left by Riyad Mahrez of Manchester City while all the other teams are fighting to brag the tile and bring pride to their country.

If you also craving more coverage of the world game, switch to Talk Home Mobile. We will take you beyond the pitch and take you around the globe for commentary, recaps and much more.

No entertainment is complete without your loved ones, so keep them by your side at all times – Only with Talk Home Mobile.

In the year 2022, Cameroon’s tournament is scheduled to be hosted and will commence from 9 January and end on 6 February. Although the ongoing pandemic might cause delays in the finals, the dates for the tournament haven’t changed.

The long-awaited 2021 African cup has kicked off already. Send top-ups to your loved ones in Africa and never miss a moment of this event.

🤔 When Is The Next AFCON?

According to the CAF President Ahmed Ahmed, the next AFCON is held in Ivory Coast. For the preceding two years, the tournament was scheduled during January, but the exact dates of the game are yet to be disclosed by the authorities.

For 2023, the Ivory Coast has been selected as a suitable place for the tournament, while for the year 2025, Guinea has been chosen as a designated venue for the game.

The AFCON 2021 tournament was initially scheduled to be played in June and July 2021. Still, the CAF Authorities said it would be MOVED to the year 2022 due to the unfavourable effects of the COVID-19 pandemic.

🤔 When Does AFCON Start?

For the year 2022, the AFCON will start on January 9 and end on 6 February. In the 2021 African Cup of Nations, some of the world’s best players have prepared to face off in Cameron. The defending champions – Algeria is all set to face the rest of the African nations. Fans are looking forward to getting an amazing experience this time.

🤔 What TV Channel Is The African Cup of Nations On?

The current rights to broadcast the African Cup of Nations on TV in the UK have been given to Sky Sports and BBC. Sky Sports will show all the 52 matches live. BBC will only show selective games, including the AFCON final. Along with this, ITV4 will show highlights of the group stages and selected live matches of the knockout stage.

The final match of the 32nd edition of the African Cup of Nations was played between Senegal and Algeria in 2019. Algeria defeated Senegal with 1-0 in the final and won their second title since 1990.

How Much Data Do I Need?