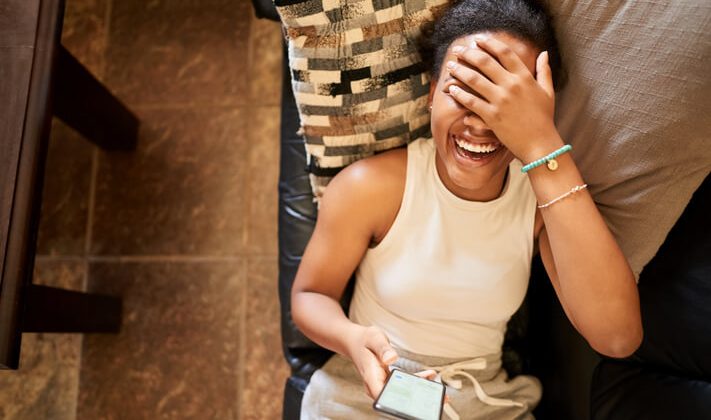 Comedy can be more than just a pleasant way to pass the time; humour is more than an amusing thing. They’re both interwoven into the fabric of human everyday lives and existence. Victor Borge said, “Laughter is the closest distance between two people.” Today’s technology enables everyone to share laughter via text message jokes with virtually anyone they like.

Jokes have varied across the history of humankind; some are witty proverbs, others taking the question-and-answer format or riddles. But jokes inherently share the willingness to deal with taboos and rebellion. From modern puns, toilet humour and Essex girl jokes, everything can be traced back to human history.

According to Merriam-Webster, joke means “something said or done to provoke laughter” or “something not to be taken seriously: a trifling matter.” Humour is found everywhere, whether sharing an amusing story, making a self-deprecating joke or telling a dark joke at a funeral.

Humour has been an integral part of human interaction for as long as we can dig. In the book “Humor Code: A global search for what makes things funny,” Peter McGraw and Joel Warner explain humour has been on the minds of thinkers for centuries. “Plato and Aristotle contemplated the meaning of comedy while laying the foundations of Western philosophy. Similarly, Charles Darwin looked for the seeds of laughter in the joyful cries of tickled chimpanzees. Sigmund Freud, on the other hand, sought the underlying motivations behind jokes in the nooks and crannies of our unconscious.”

Humans have been laughing for more than 4,000 years, joking about their animals and sex lives. Flatulence gags and the Wall Street-boss cracks can be traced back to the Greeks and the New Testament. Few jokes are actually new; nobody ever tells jokes for the first time.

Collections of “wit and wisdom” of famous politicians and rulers were seemingly a thriving genre in the Roman period. Marcus Tullius Cicero, Rome’s celebrity orator, now has a reputation for being a rather pompous and conservative preacher. But 2,000 years ago, Cicero was known for his wit. All his bones mots were collected in three massive volumes.

One famous was his swipe at the husband of his daughter: “Seeing his son-in-law, Lentulus, a short chap, kitted out with a long sword, he said, ‘Who tied my son-in-law to his sword?’

The world’s oldest joke traces back to 1900 BC to the Sumerians, a list published by the University of Wolverhampton. Grippingly the joke revolves around toilet humour, as popular with ancients as it is today. The humour has changed a lot in some respects, but some things remain the same.

Human history is filled with tragedy, we all know it, but we rarely know about the comedy and humour of history. Historians traced back the world’s oldest joke to 1900 BC, then came the Ancient Egyptian jokes of 1600 to the Sumerian’s in 1200 BC, jokes have been around as far as we can look.

Pull Texting Pranks on your Friends

Texting pranks are easy with a cunning edge to throw your target off guard. Today, smartphones can help you plan and send master of text message pranks to your friends.

Not everyone uses the astonishing function that comes preloaded on smartphones is the shortcut feature for texting pranks. You can add “omw” for “on my way”, or you can annoy your friends by sneaking into their phone and changing “lol” to anything witty.

GIFs are the best friends of any prankster, with some of the most humorous short videos to respond with. Sending your friend, a texting bubble GIF would be a fantastic sight; they’ll be thinking why it’s taking too long to type the message while, in reality, you’ve sent a GIF.

Turn yourself into a bot

Carefully craft a message that can be mistaken for a bot, and when a friend messages you, send the drafted text message repeatedly until your sneaky joke is discovered.

Everyone from activists to Kathy Griffin has text lists that you can easily sign up for. Do your friend a prank by alerting them to the latest comedy shows or political activities going on in the area. They’ll be devastated, and while you might not be there to enjoy, knowing the feeling will be fun.

Do any of Nathan Fielder’s text pranks

For many years, Nathan Fielder has been tweeting texting pranks for you to pull on your friends. He asks his followers to tweet out the reactions to said prank, and most of the time, the results are always hilarious.

Amazing Jokes you can text to friends

You can share some happiness with your friends on this upcoming international joke day.

We’ve dug deeper into what jokes are and how funny text messages can augment and strengthen your relations with virtually everyone around you. You would have got some great ideas to share jokes with friends and family. Everyone loves to be around a jolly, creative, and funny person.

You don’t need money to spread happiness; sometimes, a great text message joke can do magic for you and the recipient. That showcases that you care and love them that you are sharing humour and laughter.