With remote working becoming more of a norm nowadays, we’re seeing scores of people becoming aware and comfortable with the concept of a telephonic interview. The show must continue for businesses, and job positions are still being interviewed, even during COVID-19 circumstances.

Employers have different ways in which they conduct their phone interviews. The process mostly starts with a phone call for an initial consultation, serving as the initial screening. If the candidate is successful, they will likely be asked to go on a video-call interview.

However, some employers may decide on the initial interview that they are happy to move ahead with you, which of course, would be the best scenario for you as a potential candidate for a vacant position!

To start with, we’ve compiled a list of the top apps for virtual interviews that you should be familiar with. We’ve pulled together some excellent telephone interview tips to get you prepared for any upcoming opportunities.

Having grown in popularity ever since the eruption of the COVID-19, Zoom is a popular hosting platform for conducting phone interviews. It’s an HD (high-definition) video and audio conferencing platform that allows users to join calls using unique IDs and passwords. It needs wifi/4G internet connectivity. This platform offers green screen and screen sharing features, which can be handy for later stages of interviewing. If you don’t feel comfortable with a video interview in the initial phase, you can use just the audio feature of this app. Zoom is available on both mobile and desktop and, therefore, will be easily accessible to most candidates.

This app is heavily used within businesses, especially if the calls are international. Similar to zoom, Skype offers both audio and video calls using a wifi/4G connection. Skype app is available for both mobile and desktop use, whichever is most convenient for you. As an internet connection powers the calls, both parties involved in the telephonic interview need to ensure they’ve got access to join the call. Calls connect on Skype by calling a contact. IDs will need to be shared before the phone interview to ensure that the call schedules are correct.

Talk Home App enables you to call both nationally and internationally. The app is available on mobile devices and is compatible with iOS, Android. However, the app doesn’t currently offer a desktop version. When using Talk Home App, users can make audio calls and send instant messages. Even though video call isn’t yet available, the Talk Home App is advantageous for making calls without a stable internet connection. Using Wifi/4G powered apps for interviews can be a risk if both parties don’t have a secure connection. But with Talk Home App, only the person initiating the call will need internet access. It routes and optimises the call using local lines, which means anyone can receive the call on the other end on their wired and mobile phones without needing internet connectivity. In short, it can be a viable option for conducting phone interviews in places where internet connectivity is questionable.

This app is an advanced video conferencing platform, allowing participants to join the meeting via the Webex app or browsers. When using Webex, you can start video calls, share files and instant messages. The features offered by Webex also include recording, private rooms and scheduling. These conferences do come at a cost, though. So, if you’re looking for premium features, this is the app for you. Although a good platform, this tool is advanced and may not be required for initial phone interviews. However, you may consider using this software for communicating and managing remote teams.

Another application commonly used by remote teams is TeamViewer, as the service also offers VPN use. It’s available for both mobile and desktop. Primarily, the app was used to facilitate file transfer and remote diagnostics. You can use this app to plan, invite and start meetings and interviews, secured with passwords to avoid unwanted intervention. All instant messages shared are encrypted and remain private. When conducting phone interviews, you want an app with a clean design and is easy to use. Summing it up, if a telephonic interview is your core objective, there are much better tools to use. This application is more appropriate for communicating with colleagues. 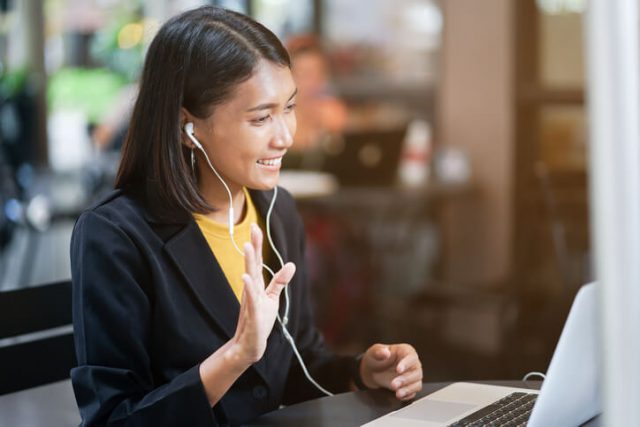 Here are some of the best tips you should consider before a telephonic interview.

Do’s and Don’ts of Telephonic Interviews

Listed below are some of the most common advantages of conducting telephonic interviews.

And, some of the disadvantages include:

How to Conduct a Phone Interview?

To conduct a phone interview, arrange a time with a candidate. Make sure they know which application you’ll be using to interview on, if applicable. Create a checklist of what you want to cover with them, as there’s no need for massive details in the initial interview. Cover the basics topics which can help you decide whether the candidate is to be shortlisted to the second stage. Make a checklist of what you want the call to cover. Here are some ideas.

Are Phone Interviews Good or Not?

If you’re trying to shortlist candidates, conducting phone interviews is an excellent first stage. It can help to decipher who has the relevant background that’s suited to the role. Finding out your potential candidate’s strengths and weaknesses early on helps save time continuing the process if they aren’t suitable. Not only might they not be ideal for you, but the salary or benefits you’re offering might not be ideal for them. Be transparent with candidates in what the job entails and how they’ll be compensated. If you do not do this, it could be a waste of time and resources later on.

Whether the telephonic interview is recorded is down to the discretion of the employer. However, typically the person conducting telephone interviews will advise you that it’s being recorded.

Initially, phone interviews can make the process more comfortable, avoiding several candidates coming for physical meetings. It also saves the employer’s time when using phone interviews pre-meeting to help decide if the candidate will be taken forward to the next stage.

How to Conduct a Phone Screen Interview?

Any of the previously mentioned apps can be used to conduct a phone interview. Talk Home App, Skype, Zoom, TeamViewer etc.

How to Conduct a Professional Phone Interview?

You can conduct a phone interview professionally by previously agreeing to a time and platform where the call will take place. Just make sure both parties are aware of the essential information.

What is Asked In a Phone Screening Interview?

Here are some questions to expect during a phone interview.

Why are Telephone Interviews Conducted?

Typically, companies conduct telephone interviews to be able to shortlist the number of candidates who have applied.

In terms of time-saving, phone interviews can be helpful. However, typically this isn’t the only interview stage, as it doesn’t allow both parties to communicate as effectively as needed. When a role is on the table, both the candidate and company need to ensure they’re moving forward with the correct person.

How many candidates get phone interviews?

This is all dependent on the demand for the role. Also, how many candidates the employer feels are suited to the task. The employer might start with fifty phone interviews and only take ten candidates to the second interviewing stage.

The same way you should end a phone interview, we’re going to end this blog on a positive note! We wish you the best of luck for any upcoming telephonic interview. We know the last couple of years have been pressing and different to many previous years with the uncertainty of jobs and companies. For that reason, we wanted to ensure we provided any help we could with these tips. If you’ve had a phone interview recently, then do get in touch and let us know what you took away from the experience. Of course, if you’ve got one upcoming, then make sure to adhere to our tips and let us know how it went. We’ve got our fingers crossed for you!

A Complete Buying Guide to Buy the Best Refurbished Phone