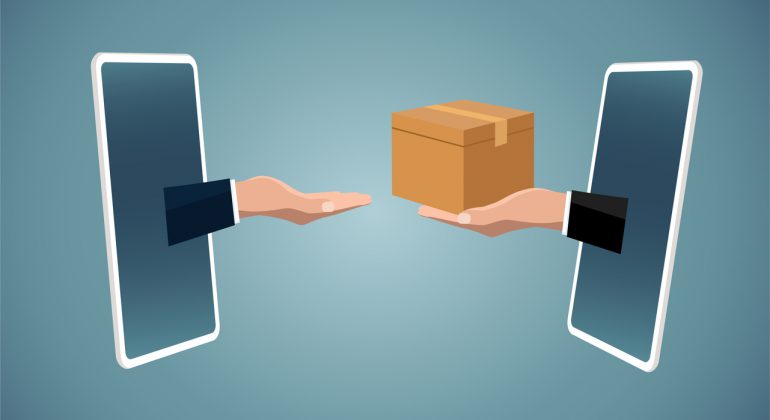 Being as old as time itself, money is the lifeblood of modern society. The pioneers of today’s era are all those who have learned the art of managing money. Money makes the mare go, but its glory is not the same everywhere.

The traditions, superstitions, and attitudes toward money change as we travel globally. Money is closely related to each country’s culture, and the culture of every country is different; hence, the varying approach toward money.

Let’s delve into the money etiquette around the world and explore the global traditions of paying restaurant bills, tipping the waiters, giving money as a gift, and who pays for the food on the first date.

As we talked about how the mental approach towards money change from country to country, you must be all eyes and ears when travelling abroad. The restaurant’s culture of tipping and paying bills differs from the UK. For instance, in some countries, the restaurants expect a handsome tip, while tipping is considered a disrespectful gesture in other countries.

In the same manner, you’re already aware of how your country’s citizens choose to split the bill. However, if you’re visiting abroad, splitting the bill might be an embarrassing ordeal if the traditions differ from what you’re used to.

Let’s look at money etiquette in different regions across the globe.

A general custom in Europe is if someone orders more food than others, their share of the bill will also be more than others. But it’s okay if your share is slightly more than what you’ve ordered. Making a fuss about splitting the bill accurately might sound rude to others, just to save the extra money you’re paying.

In Asian countries, a guy is generally considered polite and well-mannered if he pays the bill on a date. Men would even consider it insulting if the woman didn’t let them pay.

In Asia, most people consider it an honour if they’re allowed to pay the entire bill. Some may even find it disrespectful and rude if you don’t let them pay after making the offer. The person paying the bill will mostly be the same guy who invited everyone for the meal.

Rules of tipping in Asia may vary depending on your region. For example, paying 5-10% of the total bill is mandatory as a tip in India. However, In Japan, tipping the waiters is considered extremely rude.

In North America, a general custom is that men should pay the bill on a date. Although it is commonly assumed that males should pay the bill on a date, it is normal for women to volunteer to pay their half. The woman is supposed to make a show of reaching for her handbag or purse or inquiring how much is she supposed to pay. They may appear impolite if this gesture is not made.

The bill is usually shared equally. It might also seem rude to calculate individual expenses for each dime. However, paying for what you’ve ordered is common in some regions.

In the USA, tipping generously is an essential part of the culture. People must pay 15-20% of the bill as a tip.

The most popular approach in South America for sharing the restaurant bill suggests that the person who extends the invitation to the lunch should be the one paying for it. It is considered inappropriate to split the bill  in a restaurant.

In some areas of South America, people are expected to pay 8-12% in tips when eating at a restaurant. Although tipping the servers is not always compulsory, it will be highly appreciated if you do so.

Money Gifts and Mythologies Around the World

When writing about money etiquette, it wouldn’t be fair to overlook the art of gifting money. You might be familiar with many grandma tales around the world that depict the art of giving money as a gift. Like the famous Tooth Fairy tale, we’ve shared a few similar stories from other parts of the world, especially for curious parents.

People gift children red envelopes full of coins every Chinese New Year. This tradition says much more than just cash, as coins signify well wishes and good luck for the Lunar New Year. However, the fun part here is not the coins but the gorgeously decorated envelopes

As everything is going digital nowadays, people in China often gift digital red envelopes instead of traditional ones.

A traditional Turkey mythology says that keeping gold in your hand while sleeping can make you financially successful. Although people are unlikely to store a stash of gold beneath their mattresses or nightstands, it’s a fun activity for young children. This bedtime story makes children wonder if they might have a financially prosperous future even while sleeping!

In Greece, there’s a famous myth that if your wallet, bank account, or pocket is empty, you might face a financial misfortune at any time in your life. Therefore, it is common among parents and elders that when they hand over a piggy bank or open a bank account for their children, they fill it up with the money

Parents have followed this money etiquette has been followed for decades by parents to ensure the best financial future for their children.

This Christmas ritual is believed to have been brought by Prince Albert, the husband of British Queen Victoria. Someone from the family puts a few coins inside the Christmas Pudding a night before Christmas when it is prepared. Later, every member is invited to give the pudding a fine stir before putting it in the refrigerator.

When the pudding is served on Christmas Day, whoever finds a coin in their piece of the pudding, is seen as lucky to have wealth and good luck in the future.

Ireland: Pot of Gold at the End of a Rainbow

Legend has it that two poor Irish farmers invented the leprechaun’s pot of gold at the end of the rainbow. They discovered a leprechaun hanging from the carrot roots when they pulled out their last carrot from the garden. As compensation for his freedom, the leprechaun promised to fulfil one wish.

The Farmers couldn’t decide on a single wish, so they started asking for everything – tools, a big house, gold coins – until the leprechaun interrupted. The leprechaun was appalled by the farmers’ greed and told them that if they found his pot of gold hidden at the end of the rainbow, they might have all they wished for and even more

Hence, to this day, finding the pot of gold has become a fixture sport in every St. Patrik’s Day celebration.

Money as a Virtual Gift

Sometimes, circumstances prevent you from celebrating with your friend or family member during a holiday or special event. Even when you are thousands of miles away from loved ones, you must show them you care.

When sending money as a gift, you probably know how to do it by wire transfer, but what if you want to do something more creative?

Talk Home App allows you to send international top-ups to over 500 networks and 200 destinations worldwide. You can send credit to the other Talk Home App users and to other PAYG numbers worldwide. All the credit transfers made from Talk Home App are easy-to-send, safe, and free of hidden charges. This unique money etiquette will surely land a smile on your loved ones’ faces.

Similarly, Transfer Home – a credit transfer app by Talk Home – allows you to transfer mobile credit worldwide to 250+ destinations. Transfer Home brings extensive rewards on top of the balance you send. For instance, if you send a top-up from the UK to Nigeria, the receiver will get 5 times more than the amount you sent. Explore promotions and rewards for your desired locations here.

And… That’s all. You’ve learned the art of global gift-giving. Don’t hesitate to call yourself an expert in global money etiquette. Spread your wings and fly stress-free like a global money-gifting guru on your next international trip.

Why Choose A Data Only Sim And How Can You Benefit From It?