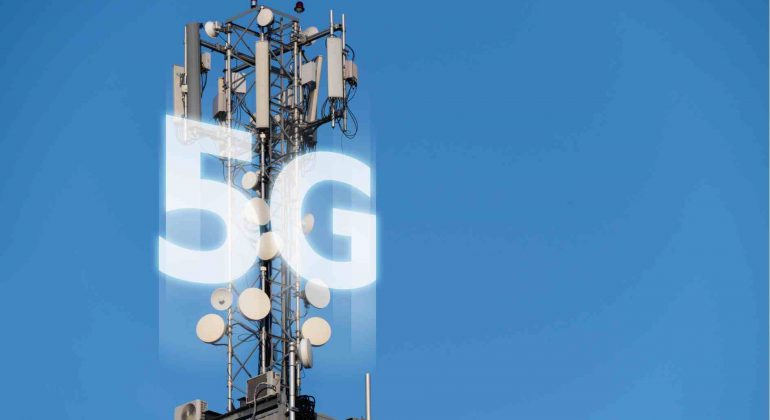 Most people don’t pay much thought to connecting their phones to the cellular network. Your carrier typically decides between 3G, 4G, and LTE. People are now interested in 5G because of the tremendous amount of attention it is receiving due to its super-fast speeds. With that excitement has come a deluge of disinformation and falsehoods about what 5G can and can’t do.

To curb the spread of misinformation and achieve higher speeds on your wireless device and home internet, it’s critical to debunk the hazards of 5g.5G networks will be essential to how businesses compete, develop, and generate value, as well as how people communicate and engage locally and worldwide and how governments ensure the safety of their citizens.

However, it can be challenging to navigate through the flood of information and distinguish fact from fiction because of its importance. 5G can feel both overhyped and underhyped to policymakers, business players, and the public, currently here and a long way off, a vital national security worry and an economic fairytale.

What is 5G, and How Fast is it Compared to Long Term Evolution (LTE)?

The fifth generation of mobile internet, or 5G, is the next step in telecom technology. It claims to give substantially faster data download, and upload speeds once delivered and rolled out. With a 5G network, you will enjoy more comprehensive coverage and more stable connectivity.

5G should be capable of data transfer rates of up to 10 Gigabit/s, according to testing conducted by firms like German Telecom. Long Term Evolution (LTE) is a fourth-generation mobile communications protocol that typically offers data rates of around 100 megabits per second. That’s a difference of several orders of magnitude. In other words, it is quick.

Some people believe it is dangerous because of new information about the effects of the radiation it emits and the dangers of non-ionizing electromagnetic fields, which have recently been shown to affect living organisms at levels far below most existing international and national guidelines.

Most claims that 5G technology is unsafe revolve around two key issues. The first is that 5G uses ultra-high frequency and ultra-high intensity instead of other existing technologies and variances in pulsing and polarisation.

The second is that because 5G’s shorter mm-scale waves do not go very far, many emitters in each region are required to generate a strong signal. According to some estimations, an emitter would be required every two to eight dwellings or 100 to 200 metres for an excellent domestic rollout. Claimants think this will dramatically increase people’s exposure to possibly hazardous radiation.

It appears to be persuasive, but many strongly disagree with every assertion. Many promoters of 5G believe there will be no adverse health effects.

5G Myth Number One: 4G is Slower Than 5G

What benefits does 5G bring to users? 5G promises significant improvements in speed and connection count while lowering latency. Said 5G networks offer quicker and more immediate connections for a more substantial number of devices than 4G networks. But this is one of the 5G myths which needs to be discarded. Three changes underpin this transformation which include:

Enhanced Mobile Broadband (EMBB) is a significant increase in capacity that significantly improves the speed of existing mobile. Unlike latency and the number of connections, the increased rate ions do not necessitate large expenditures on new telecommunications infrastructure. As a result, when 5G networks are implemented, EMBB will be the first benefit users receive, believing that 5G is just faster than 4G.

Ultra-Reliable Low-Latency Communications (URLLC) enables interconnection in near real-time. In other words, it dramatically lowers the time between requesting and receiving information, resulting in connections that appear to be instantaneous. URLLC is very important for use cases like driverless cars and remote operations. The connection’s dependability and speed are critical in each case, especially to avoid potentially disastrous real-world effects.

Massive Machine-Type Communications (MMTC) is enabled by increased network capacity, which is critical for supporting the exponential rise of the Internet of Things (IoT) devices and the profusion of specific use cases that many 5G proponents predict. Driverless car fleets, factory automation and robotisation, remote-controlled surgeries, and even commercial and military drone swarms all rely on the capacity to connect billions of end-user devices and sensors that interact with each other and other network elements.

These three modifications are not minor. They are used and leveraged by a wide range of use cases and business models that have emerged and will continue to evolve. They wouldn’t be possible if 5G were just a quicker version of 4G.

5G Myth Number Two: The Future of 5G is Live

While 5G is being deployed in the United States and worldwide, we have yet to grasp its potential fully, and we are unlikely to do so shortly. This is true in terms of both the current state of development and deployment and the use cases that 5G will support.

Increased virtualisation, cloud computing, edge computing, machine learning, network slicing, and automation combine in 5G to provide a network that can serve both the Internet of Things and the Internet of Systems (i.e., the digital platforms and tools that will underpin the new digital economy, including production and manufacturing). This necessitates technical breakthroughs throughout the telecommunications stack, including the Radio Access Network (RAN), the core network, and end-user devices.

Brownfield (the process of enhancing existing 4G LTE networks) rather than greenfield (stand-alone 5G networks) deployment has dominated 5G rollout in early adopters such as the United Kingdom. Although this process is ongoing, deployment inside and across countries remains patchy, and most of the functionality that 5G networks will support in the future is still in the works. Even within the United States, some existing 5G deployments are not significantly faster than the 4G LTE networks they are gradually replacing, while others are far slower. In short, the 5G misconception that the future of 5G is live is also not true.

5G Myth Number Three: The 5G Technology will be Terrestrial

Cell towers, sensors, and fibre optic cables are frequently associated with “5G.” However, these networks’ terrestrial components are simply one part of the 5G story. Terrestrial telecommunications systems will not be sufficient to realise the full potential of ubiquitous, instantaneous connectivity for enormous numbers of devices worldwide.

Satellites will have a far more significant role, with terrestrial and space-based components working together to perform a broader range of duties and, for example, providing coverage for mobile devices (such as a ship at sea, an aircraft flying between cities, or a car driving across the country) and proliferation of connections in more isolated and rural locations.

As a result, the type and degree of connectivity that 5G networks will offer in the United States and worldwide will be determined by how we integrate terrestrial and space-based components. In short, the third 5G misconception that technology will be terrestrial is also false.

Malicious actors have long targeted communications networks. This tendency will continue with 5G, compounded by concerns about technical foundations and, perhaps, vendors building out these increasing software-defined and de-centralised networks.

The security risks surrounding 5G can be increased depending on who develops, operates, and maintains the technology. These worries are similar to having an untrustworthy business build your home. They may keep a copy of the key, but even if they don’t, the firm is aware of your property’s layout and security and can use that expertise to get access more quickly.

That company may also be recognised for shoddy home security (regardless of malicious intent), or withholding required maintenance components in the future (your dependence on them becomes a point of leverage). Constructing a home is considerably more daunting if untrustworthy companies are one of your limited possibilities (as is the case currently for integrated, end-to-end 5G network providers).

Recent high-profile cyber operations, such as the SolarWinds, Microsoft Exchange, and Colonial Pipeline intrusions, have shown that a hostile actor does not need to build up a system to obtain access and cause harm. Security risks persist even if network operators avoid untrustworthy providers. These include the proliferation of software, the explosion of connected devices, cloud computing and artificial intelligence security, inherited security concerns from 4G LTE networks in brownfield deployments, the resilience and reliability of various supply chains supporting different segments of these networks, and so on.

5G networks represent (a) a potentially catastrophic single point of failure and (b) a prime intelligence-gathering target, given the other vital services and infrastructure and an enormous array of linked devices and systems these networks will enable. While the presence of untrustworthy vendors in this ecosystem should not be neglected or downplayed, non-vendor specific problems should also not be overlooked or discounted as businesses and governments battle with these security concerns.

This myth stems from a graph by scientist Dr Bill P. Curry from 2000, which indicated a sharp rise in microwave absorption by the brain at higher frequencies, leading to concerns about 5G health dangers.

Dr Curry’s work was based on sensitive tissues in a lab, not cells deep inside our bodies, and it failed to account for the “shielding effect,” according to many scientists. (Our skin’s capacity to block out higher radio frequencies and protect our insides is the shielding effect.)

While 5G networks are expected to be 100 times faster than 4G networks, they will have far-reaching implications across various industries, not just smartphones. 5G will vastly improve the effectiveness of IoT, self-driving cars, and robotics once it is fully implemented.

Robots, for example, might attain their full potential in manufacturing and other sectors, such as hospitality, by leveraging 5G over the cloud. Because 5G signals have a shorter latency, robots will be able to work alongside humans and be directed by operators via AR headsets and other ways.

There’s no need to panic if you’re happy with your 4G smartphone—even though 5G is being rolled out now, it will not replace 4G. While 4G superseded 3 G years ago, 5G is a separate technology built on top of 4G networks, and you can still use your 4G LTE smartphone even if 5G is available in your area. As more users switch to 5G, those on 4G will likely notice a speed boost as the network “frees up.”

Although 5G is seen as a massive boost for IoT use cases, that doesn’t mean you have to wait for it to start implementing IoT strategies or extracting value from existing deployments. IT leaders ask Heena Purohit, senior product manager at IBM Watson IoT, if they should wait for 5G before pushing forward with IoT ambitions.

There’s no denying that 5G is the telecommunications industry’s future. The ultrafast mobile data technology is presently being rolled out worldwide, including in the Philippines, but there is still a lot of misunderstanding about the technology circulating.