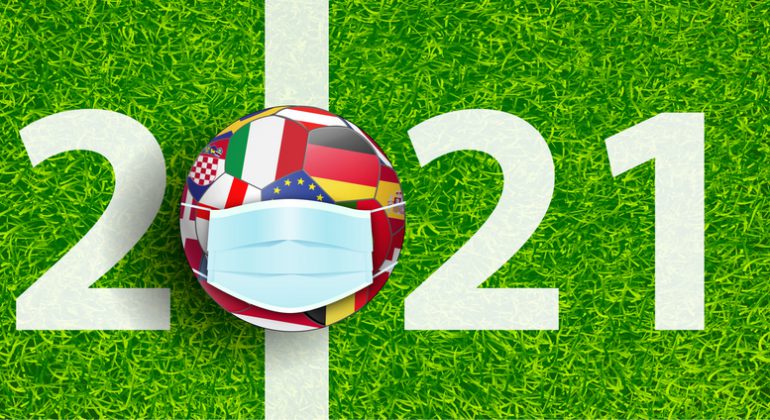 Covid19 has hit Europe very hard over the last year and a half, literally sucking the colours out of our lives. So, it’s about time we show our resolve against it and, through the UEFA Euro 2020 kick-offs, reclaim the joy and happiness that it has mostly marred. 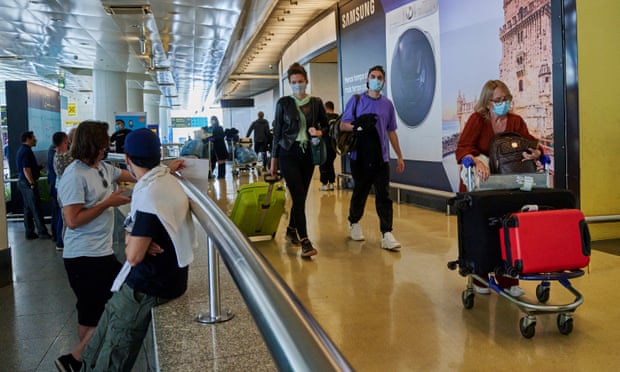 Covid still a threat to Europe – travel should be avoided, says WHO | theguardian.com

Also referred to as the 2020 UEFA European Championship or UEFA Euro 2020, many see it as the perfect antidote to the Coronavirus.

While the Covid-19 disintegrates the bonds between the people, families, cities and the whole nations across Europe, Euro 2021 holds the potential to bring everyone closer, with equal (or even higher) tenacity, invigoration and fervour.

Originally planned to be held in the summer of 2020, and aimed at celebrating the 60th anniversary of the European Football Championships (from 1960 to 2020), the event was postponed by 12 months to the summer of 2021 due to the COVID-19 pandemic.

In a thorough review of the circumstances internally, and after several discussions with the partners outside, the UEFA’s Executive Committee decided to label the tournament as UEFA EURO 2020 rather than 2021.

Moreover, this decision from the UEFA also falls in line with the original vision of the tournament in celebrating the 60th anniversary of the European Football Championships (1960-2020).

It will also serve as a remembrance of how the whole football family responded collectively to the bizarre and unforeseen circumstances of the COVID-19 pandemic, which plagued the whole world in general, and Europe in particular.

However, a vast majority of people still take the liberty of referring to the event as Euro Cup 2021 or Euro 2021. Nothing to worry about though, as the terms can be used interchangeably.

A total of 24 competing teams are segregated into 6 groups.

From Italy being positioned into an ultra-competitive Group A to a fiercely competitive F, rightfully referred to as the “Group of Death”, there is a lot that goes into how teams are pooled into different groups of Euro 2021 show-off. Let’s give you a quick sneak peek of every group here:

Euro 2020 Group A Preview: Italy in an uphill battle in a tough group

Group A hosts three of the top 20 teams as positioned in the latest FIFA world rankings – Italy at No.7, Switzerland at No.13 and Wales at No.20. Not to mention, it also boasts of a dark horse contender in Turkey, currently ranked at No.29 by FIFA. That’s what makes Group A one of the most balanced groups of this revered football saga. Click here to read the full preview.

Euro 2020 Group B Preview: Are trophy expectations from Belgium’s golden generation too much?

With Belgium reaching in the semis of the 2018 World Cup, masses as well as many of the pundits, have tied trophy hopes with the current squad, which is the most loaded one in a generation. Let’s see whether or not Belgium can finally defeat the odds in a major tournament. Though it won’t be easy by any means. Click here to read the full preview.

Euro 2020 Group C Preview: How far can the Netherlands make it without van Dijk?

While the Netherlands was seen among the favourites to win the title ahead of the 2020-2021 season,  many believe that odds seem to be turning against them, especially due to jumping into the contest without their top bet, Virgil van Dijk. On top of that, there are three other in-form teams in their group, i.e., Ukraine, Austria and North Macedonia.

Euro 2020 Group D Preview: Can England beat the odds to the championship this time around?

So, what’s special about this group? For one, it hosts England, but there’s more to it; England vs. Croatia group opener, a 2018 World Cup semi-finals rematch. Will the match live up to its hype? We need to see to that. Click here to read the full preview.

Euro 2020 Group E Preview: Will a revamped Spanish team be able to overcome all the hurdles?

UEFA Euro 2021 leads Spain to a new beginning, with a lot of new faces. Though no one expects the same level of dominance from the new stars, many still see them as the favourites to top Group E. Or, is there a possibility of Lewandowski-led Poland pulling an upset this year? Click here to read the full preview.

Euro 2020 Group F Preview: Who will remain alive in the “Group of Death”?

Of all Euro 2021 Groups, Group F is surely the toughest, featuring France, Germany, Portugal and Hungary together. That is why it has surely intrigued everyone to keep guessing about the only team staying alive through the knockouts. Click here to read the full preview.

If you are particularly interested in knowing the odds for England to win the euros, you’re in luck. Why? Because bookies believe that England is the favourites to win the trophy of a major international event for the first time since 1966.

Now let’s have a look at the players that are believed to be the top performers in this mega clash of the European football teams.

You can look to find more of your favourite players among the top contenders here: Ranking the top 20 players at EURO 2020

Euro 2020 Schedule: How to Watch Every Match of the Tournament Live in the UK?

This football extravaganza will be brought to you in the UK by BBC and ITV collectively, the rights to telecast Euro 2020 being shared by both broadcasters.

You can follow the action between the top teams of Europe on both BBC iPlayer and ITV Hub, able to live stream the matches when they will be aired.

Both of the broadcasters, BBC as well as ITV, will be broadcasting the Euro 2020 final on July 11th, which means you will be able to watch it for free on BBC iPlayer and ITV Hub.

Who Will Show The Knockout Games?

Once the contenders of the knockout matches are finalised, the matches will be divided between BBC and ITV, both of them are expected to choose England (should they progress) if they get the first pick.

So, here you go with the details on dates and venues of the matches through different stages of the tournament:

Game 4: Group B winners vs third-placed side from Group A/D/E/F; Kick-off 8pm (Seville)

Source2: How to watch the Euros

Where to Watch Euro 2020 Highlights?

By now, it is confirmed by BBC that they will telecast the highlights on BBC One and BBC iPlayer throughout the tournament, irrespective of the matches they are showing live. So, BBC Sport’s YouTube channel will feature all of the Euros’ games.

How to Watch Euro 2020 Online (All Games) Without Being Worried About High Data Costs?

We wouldn’t be surprised to know how crazy you are to get to those gossips, speculations or even the conspiracy theories going around about every single encounter among the contesting teams. We are too, and we know that mainstream media can cover only so much of the event, leaving the rest to social media, especially YouTube.

However, there is no doubt high data charges can leave quite a dent in your wallet, but not when we are by your side with our unbelievably low data charges and the innovative concept of the Talk Home.

In fact, Talk Home has way more than low priced data plans to offer, such as:

If your friend or a loved one is moving from place to place with every match, don’t let them fret about how to stay connected with you, looking for places and means to get a mobile top-up. Instead, you can do this for them, letting them enjoy the course of the tournament and share the ups and downs with you wherever they are and whichever match they are enjoying.

If you’re resourceful and lucky enough to be a part of the euros saga live, moving to every destination the action goes across Europe, you can share news and updates through Talk Home App international call and message service. With Talk Home App’s cheap and high-quality calls, you will never feel helpless in sharing your sentiments immediately with the ones you love and care about the most.

Last but not least, we wish you all a happy football season ahead. Stay safe, stay happy and stay connected, now and forever.

How to Answer the Phone? Best Tips, Tricks, and Etiquette

How to Transfer My Mobile Number to Another Network