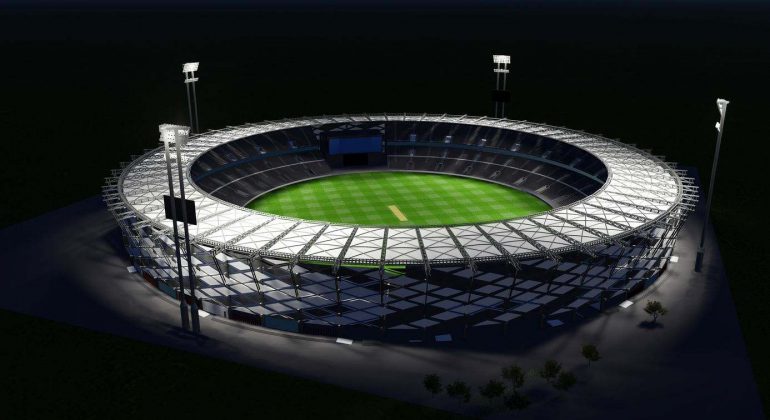 Your favourite teams are back with a bang. The excitement for PSL 2022 is in the air, and soon the cricket game in Pakistan will level up. For Pakistan, Cricket is not just a game. It’s a lifeline. Cricket runs in their blood. It’s a passion for millions of people around this land of the pure and with the biggest cricket tournament in the country live again, the biggest game in the country will commence soon with some thrilling moments.

Big Sixes, blazing wickets, and superb leg-spin, each cricket fan in Pakistan can never miss these sports moments, especially when they are happening in their own country. Some most fearsome players are going back into the powerplay, and people are once again reliving their favourite PSL moments this year.

Matches have already heated up. Cricketers are once again dominant with both bat and ball, and every Pakistani has started experiencing euphoria once again. For each indigenous Pakistani, it’s a win-win situation; after all, everyone is representing Team Pakistan this time.

Bat-drops, super overs, and the last over wins, some nail-biters are etched into the memories of each Cricket fan. This PSL will be a déjà vu with some finest players having a splendid debut. Straight out of quarantine, the different colours of Pakistan are back into action. This time, there is no stopping cricket as the real action is all prepared to get the best entertainment from their favourite sports of the season.

A Brief History of PSL

With the debut of PSL beginning in 2016, this tournament has grown and evolved globally. The first tournament was held in Abu Dhabi, in which five teams competed against each other. In 2017 another team – Multan Sultan, joined and provided cricket fans with a diversity of players.

The history of PSL is profoundly connected with the war against terrorism. Pakistan’s war terrorism-hit country got its finest opportunity to show the world how sports can defeat terrorism. Karachi and Quetta, once famous in the news for terrorism, have not hit the headlines for sports and cultural activities.

In the past, most PSL matches were held either in the United Arab Emirates due to security concerns. But with time, Pakistan learned how to beat terror with Sports. The finals of PSL 2019 between Karachi and Quetta became a watershed event in the history of Pakistan. Karachi hosted the final for 2019 in their very own city of lights. While Quetta won the last and brought smiles over millions of faces in Pakistan.

This was an iconic version of how Pakistan fought against terrorism and extremism. The havoc unveiled by 9/11 was hit with a bat and thrown up, up, and away into the sky. PSL represents that Pakistan is safe and peaceful and not a hub for terrorism.

The history of the Pakistan Supreme League is full of joy. Let us look into some of the most entertaining and fascinating cricket moments of all time.

The first PSL was a watershed event in the history of Pakistani cricket. Islamabad United, representing the country capital, became the first winning team of the PSL by defeating Quetta Gladiators in a seminal match. Islamabad cruised past a challenging target of 175-runs for the loss of only four wickets with eight spare balls and taking the title home. The whole nation won, left their seats and celebrated the victory.

In the PSL 2017 final, Peshawar Zalmi outclassed Quetta Gladiators in a one-sided final at Ghaddafi Stadium and lifted the glittering trophy of PSL 2017. Batting first in the final, Peshawar Zalmi made 148 runs for six in 20 overs. But unfortunately, Quetta Gladiators were dismissed at only 90 runs in reply and lost their second consecutive final.

PSL 2019 tried the luck of Quetta Gladiators for the third time. But this time, it turned out to be favourable for them. Batting first, Zalmi posted 138 for eight in twenty overs. But the splendid partnership by Ahmed Shehzad and Rilee Rossouw saw off the chase with an unbroken 73-run partnership. Quetta gladiators lifted the trophy and took the title finally with them.

The King and his team were all prepared to shine at PSL 2020. Babar Azam had an event to remember when he hit 49 against 63 balls to guide Karachi Kings to their maiden title by defeating Lahore Qalandars by five wickets at the National Stadium in Pakistan. This was the first big win for Karachi.

This was the time for Multan Sultans to win their first-ever PSL trophy. By becoming the fifth team to win PSL, they defeated Peshawar Zalmi at Sheikh Zayed Cricket Stadium by 47 runs. Some best emerging cricketers were revealed from these finest matches in the history of Pakistani cricket.

Currently, commercial deals for the 2022 and 2023 tournaments have been signed. This says volumes about the importance and significance of this event.

Like the previous season, six teams participated in the Pakistan Super League. These teams are:

PSL 2022: Which Point System Is Used in the Game

The Point System of the Pakistan Supreme League is based on the ICC System. Each team is awarded 2 points for winning during the group stages in this system. In a draw, the winner shall be decided through a super over. The table represents wins, losses, total points, and net run rate after each Match. All the teams play ten matches, with the top 4 advancing to play-offs and then into the finals.

Here is a graphical representation of the Point System by PSL 2022:

We have talked about the significance of PSL in Pakistan. In this segment, we will look into the entire squad of the Pakistan Supreme League.

The details related to the top five players of PSL 2022 are already in the limelight. Even viewers know the magical spell they make to be remarkable. These sixes and splendid leg spins are no doubt a marvellous moment to watch. Let us check them out:

When it comes to T20, there is no doubt Babar Azam is the King of the Match. Playing for Karachi Kings, he has performed well in nearly every game in 2021. In the current edition of Pakistan Super League, we have witnessed that Karachi King has bought their King for a whopping amount of $170,000. The King is an expensive pick because of his performance.

Asif Ali became one of the most promising cricketers for Pakistan during the T20 World Cup. His thrilling sixes were indeed out of the stadium. For being considered the best finisher in the squad, he received a platinum contract in PSL 2022. In the current edition of PSL, Islamabad United bought Asif Ali for a whopping amount of $170,000.

New Zealand’Zealand’stive batsman Colin Munro is a significant player making big hits this year. For the auction, Collin Munro was picked in the platinum category for $170,000. He appears to be another promising cricketer for PSL.

For PSL 2022, we saw that Chris Jordan became one of the most expensive players. Jordan is considered a death-over specialist for his right arm pace bowling. For PSL 2020, Karachi King picked him for a whopping $170,000. It will be interesting to see Jordan perform in the current edition of PSL 2022.

The prolific performance of Fakhar Zaman in the 2021 tournament earned him a contract in PSL 2022. He is a left-handed opener who relies on timing for his runs. No doubt, he is one of the best players in Pakistan. In the Pakistan Super League edition 2022, Lahore Qalandars picked Fakhar Zaman for a whopping price of $150,000.

Each year, numerous players enter the league of PSL. Pakistan has a massive opportunity for young talent to pursue a carrier in cricket, and with platforms like this, talent is being harnessed effectively. Every squad needs to work together because cricket is all about teamwork.

The schedule for the Pakistan Supreme League 2022 has been released. Check out the detail of each Match along with the Location of each Match.

Two venues have been decided for the seventh season of Pakistan Super League 2022. Due to covid restrictions, a limited number of fans will be allowed for this tournament. The capacity limit along with the venue for the game is:

How to Watch PSL Live?

PSL fans worldwide can enjoy watching the actions live on their TV, laptop, mobile, or any other screen through these platforms. Get the best Sim-only deals and offers from Talk Home Mobile and get unlimited data, minutes and SMS to keep your connections tight for this PSL.

Where to Buy Tickets for PSL?

With the surge in the viewership of PSL, the demands for tickets are also rising. The fans are eagerly waiting to watch their favourite sports live. You can buy PSL tickets by either a PSL Tickets Retail shop or buy the ticket online. The price range for PSL tickets ranges from 500Pkr to 6000Pkr. The types of visas are:

The retailing shops for PSL ticker are only available in Lahore and Karachi as matches are going to in these cities only. TCS express is also selling PSL tickets. Moreover, the price of tickets for each city is going to differ. So, it’s up to you to decide which ticket you can comfortably afford.

Moreover, as the final ticket is the most awaited one, its detail is slightly different. The price of the last ticket is:

You can get the tickets for the finale of PSL7 at a price mentioned above. But if the tickets get sold out, people will illegally sell you tickets at a higher price. The terms and conditions of PSL Tickets are:

The players are ready to shine at PSL7. Are you? Crucial games with oversized bearings are waiting for your chant. Keep the connections tight this PSL. Never miss the sound of the sweetest sixes and leg spins. Use Talk Home Mobile and get the best data, minutes, and messages bundles. Make international calls to 240+ destinations worldwide using local lines and never miss a moment of joy with Talk Home.

How Much Is My Old Mobile Phone Worth?

The Complete Guide to SIM Cards for Cell Phones