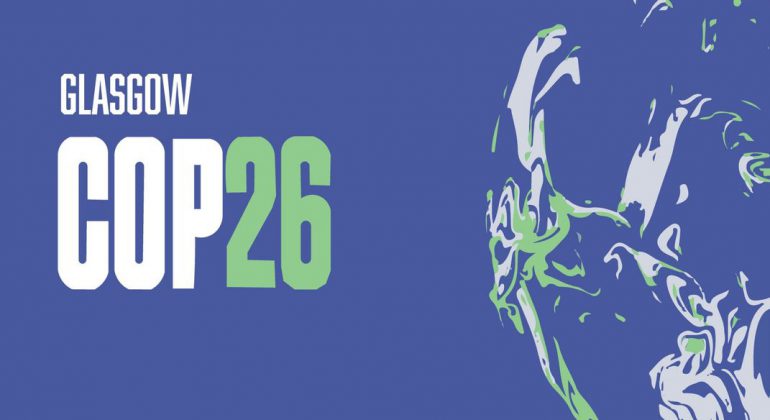 Rapid and intense climate changes have long been one of the most eminent global concerns. The United Nations (UN) has played a vital role in bringing the world together on this issue for almost the last three decades. They conduct global climate summits and invite every country on the Earth to them, referring to them as the “COPS”, i.e., “Conference of the Parties”.

The 26th annual summit held this year is called the “COP26 Climate Change Summit”. Presided by the UK, the conference took place in the British city of Glasgow.

The fact of the matter is that the climate of the world has been changing throughout history. The world has witnessed seven cycles of glacial advancement and retreat within just the last 650,000 years.

The last ice age abruptly ended about some 117,000 years ago, also marking the initiation of the modern climate era and human civilisation. The experts attribute most of these climate changes to minimal variations in Earth’s orbit. These changes play a critical role in determining the amount of solar energy that the planet Earth receives.

Almost all experts unanimously believe the historical climate change effects to be natural. However, the current warming trends of the global temperature are resulting from human activity starting from the mid-20th century. More importantly, the pace of these changes is alarmingly high this time, the highest over millennia, in fact.

As a result of this increased human intervention in global climatic cycles, the international atmosphere is undergoing unprecedented warmth, leading to unexpected and intense changes in climatic patterns across different world regions.

The world started getting aware of the heat-trapping nature of carbon dioxide (CO2), methane (CH4), Nitrous Oxide (N2O) and other elements constituting the greenhouse gases through the mid-19th century. The number of greenhouse gases in the Earth’s environment started culminating significantly after the beginning of the industrial age in the mid-18th century. And that’s been the single most dominating factor in increasing the Earth’s overall temperature ever since.

Compared to the climate change effects in ancient times, the current warming of the Earth’s climate is roughly ten times faster than the average warming rate of the ice-age-recovery era. The carbon dioxide level in the atmosphere is currently increasing at about 250 times faster than the last Ice Age.

What Do You Need to Know About COP26 Climate Change Summit?

Glasgow recently saw a promising end to the long-awaited COP26 Glasgow summit, demonstrating considerable progress in various essential areas. Though things seem to be heading the right way, the world is still far from what it really takes to beat the climate crisis.

Ministers from all around the world agreed on one thing. Next year, they need to return much more robust and better in pursuing 2030 emissions reduction goals. The basic idea remains the same, i.e., to do the best in limiting global warming within the 1.5° Celsius (or 2.7° Fahrenheit) range.

Ministers also agreed that the developed world needs to do more in helping climate-vulnerable countries do better in coping with the adverse effects of the obnoxious climate change effects – from devastating storms to dwindling crop yields.

In addition to the Glasgow Climate Pact, countries at COP26 UK pledged some bold commitments collectively. The most vital of these include:

Glasgow was effectively used as a platform for the launch of innovative sectoral partnerships and new funding to support these, aimed at reshaping all sectors of the economy enough for the delivery of a net-zero future.

What Are the Accomplishments of COP26?

The significant accomplishments of the Glasgow COP26 gathering include:

Another great success of the COP26 conference is the global pledge of halting and reversing forest loss and land degradation by 2030. More importantly, 137 countries have agreed to it thus far. Some nations had already agreed to this initiative. Still, other important countries like China and Brazil signed up for the plan during the recent Glasgow COP conference, as announced at the beginning of the conference.

If implemented completely, this pledge will be seen as a remarkable achievement of COP26, helping to reduce emissions substantially. According to the Climate Action Tracker report estimates, this alone can cut emissions by 1.1 gigatons of CO2 equivalent. It will also encourage other countries to sign up too for the pledge.

While methane remains one of the biggest contributors to rapid climate change, 100 countries have already signed a pledge to reduce global methane emissions by 30 per cent (at least) by 2030. These 100 countries represent about 70% of the global economy.

Subsidies on Coal and Fossil Fuel

Coal serves as the most polluting fossil fuel, and the COP26 conference saw 40+ countries agreeing to phase out the use of coal. Developed countries have agreed to contribute more aggressively in providing subsidies to the developing countries willing to phase out their reliance on coal as a means of fuel. It will help them switch to more eco-friendly and clean ways of power generation rather than relying heavily on coal to fulfil their energy needs.

According to the UNFCCC (United Nations Framework Convention on Climate Change), a UN group with COP as its chief decision-making body, 30 countries agree to make zero-emission vehicles one of their top priorities. It entails making zero-emission cars more affordable, accessible, and sustainable by 2030 or sooner in all regions. The UK, Canada, and various other countries have agreed to stop the sale of gas and diesel-powered vehicles by 2040. And the best part is that some notable car manufacturers have also joined them, including Ford and General Motors.

COP26 and the Telecom Industry

Before the COP26 summit in Glasgow, Mobile UK (a trade association comprised of the UK’s top mobile network operators, EE, O2, and Vodafone) commissioned a report highlighting the role 5G tech can help in achieving net-zero targets. The report, titled “5G’s Crucial Role in the Race to Combat Climate Change: How 5G will help lay the path to net-zero,” discusses the role these operators can play in combating one of the biggest challenges to our health and environment.

The UK’s government plans to reduce greenhouse gas emissions by 78% by 2035, reaching net-zero by 2050 ultimately. While critics claim it’s not ambitious enough to achieve the target, the supporters believe it will be helpful with a gradual transition, phasing out to the net-zero level within due time. Some of the key findings of the report are:

(You can go through this 5G wireless technology guide to learn more about it.)

Here are answers to some of the most frequently asked questions on the topic:

Presided by the UK, COP26 refers to the 2021 United Nations Climate Change Conference. It was held from 31st October to 13th November at the SEC Centre in Glasgow, Scotland, United Kingdom. Cabinet minister Alok Sharma represented the UK in the summit, participating in it as the president of the conference.

What does COP26 stand for?

COP stands for “Conference of the Parties”, referring to the global climate summit held recently in Glasgow, UK. “The Parties” refers to the 197 nations that participated in and agreed to a new environmental pact under the supervision of the United Nations in 1992. It is known as the United Nations Framework Convention on Climate Change.

Why is COP26 important?

COP26 is the name given to this year’s Conference of Parties or the COP. It is being hailed as one of the most significant environmental conferences after the Paris Agreement held in 2015. It is believed to set foundations for an excellent initiative to conserve our environment, i.e., limiting the global temperature rise to 1. 5°C above pre-industrial levels.

Many people are still not very clear about the COP26 dates. COP26 took place at the SEC Centre in Glasgow, Scotland, United Kingdom, under the combined presidency of the UK and Italy. Alok Sharma from the UK represented the country, also presiding the conference.

Many people and experts still consider climate change as nothing more than skewed results of computed models. However, the fact is that such models constitute only a tiny part of a much broader spectrum. We’re sharing some exciting climate change facts in the list below that can serve as viable proof of the reality of global climate change.

How can we stop climate change?

Coping with climate change is our collective global responsibility. All of us can contribute to this cause by improving the way we travel, how we use electricity, consume our food, and so forth. Some of the ways we can battle this rampant global climate change include:

What are the impacts of climate change?

There are infinite impacts of climate change. From intensifying erosion to declining organic matter, loss of soil biodiversity to salinisation, increasing landslides to flooding and deforestation, and so much more. Some of the most drastic climate change effects may include: